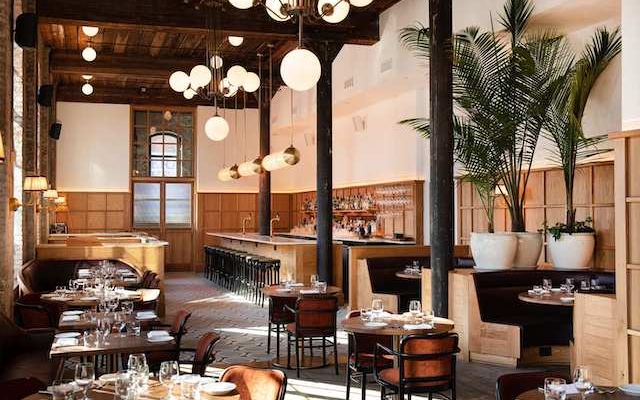 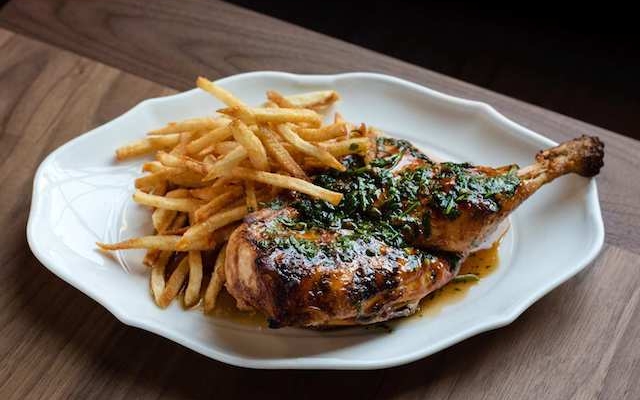 Housed on the ground floor of the hotel, a converted factory with a large, grand high-ceilinged dining room - which you can expect to be filled with good-looking Brooklyn hipsters, but also Manhattanites who have crossed the river to drink on the hotel’s roof terrace and eat here. To convert Reynard to Le Crocodile, new booths and wood millwork were installed, and wall partitions removed.

Dine on French brasserie classics alongside dishes which pay homage to some of the chefs’ favorite dishes and restaurants at home and abroad such as Montreal’s L’Express inspired braised escargot and profiteroles in chocolate sauce encountered at Chez Georges in Paris. 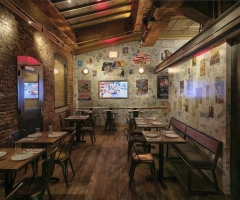 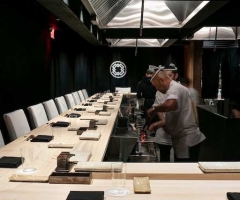 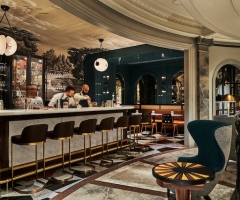 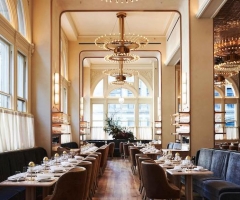