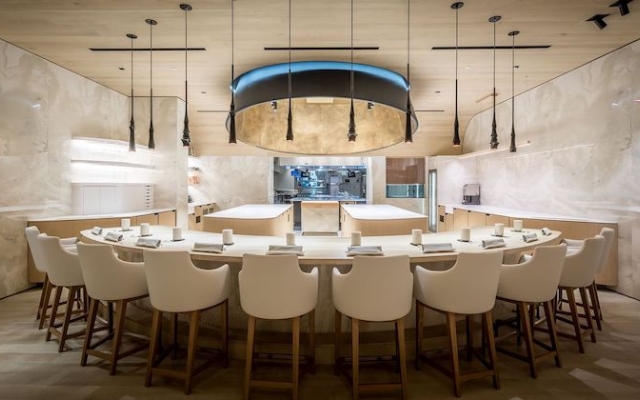 These six restaurants in Los Angeles have been awarded the two-star status in the Michelin Guide California edition 2019, making them the most coveted dining rooms in the city.

"The whole of a meal is as important as the sum of its parts" is the basis of n/naka's philosophy. Chef Niki Nakayama is devoted to providing a unique dining experience through her interpretation of kaiseki - often using native Californian ingredients. Nakayama utilizes a meaningful balance of both traditional and modern techniques to create a meal that sets out to engage your attention and regarded as one of America’s preeminent kaiseki restaurants. Situated on a quiet corner in Palms, it is open four nights a week, and seats just twenty-six guests at a time. Dine on a 13-course kaiseki menu, which is also available in vegetarian form, with dishes that are almost too beautiful to eat.

For over a decade, Providence has elevated the standard of modern American seafood restaurants. Chef Michael Cimarusti is completely dedicated to procuring the finest sustainable seafood - from regional coasts and international waters, such as John Dory from New Zealand, wild cod from Norway and sea scallops from Japan - and treats those ingredients with uncompromising respect and sophisticated technique. Inspired by coastal living - the restaurant is cited as one the country's finest seafood restaurants. 'Dock to dish' menu items could include risotto with crayfish and chicken oysters and sea urchin and blue crab.

Tucked inside the SLS Hotel Beverly Hills, this immersive 10-seat restaurant - centered around a bespoke exhibition kitchen - is an ambitious restaurant from José Andres. Expect a multi-sensory experience heavily influenced by Catalonia but with a strong global flare showcasing ground-breaking culinary artistry. The ever-evolving tasting menu includes more than twenty courses which can be accompanied by a selection of wine pairings as well as seasonal supplements. Dine on beautifully plated modernist dishes, like a contemporary take on the traditional Spanish lobster and potato stew, Suquet, served in rustic custom-made clay bowls. Pictured.

This extremely high-end (read expensive) West Hollywood outpost of a Tokyo-based restaurant (with only 16 seats) serving an omakase-only sushi menu – with most of the fish flown in from Tokyo's Tsukiji market. A team of master sushi chefs carve the sushi in front of the diners, creating the seamless omakase menu and authentic Japanese experience Ginza Onodera has become known for. With each course, dishes are uniquely tailored to the diner so that no meal is ever the same.

A Japanese restaurant (with just 10 seats) in Beverly Hills run by head chef Hiroyuki Urasawa - a former understudy of famed sushi master Masa Takayama - owner of Masa, the three-Michelin-starred Japanese and sushi restaurant in New York. This celebrated sushi spot is undoubtedly a splurge - its considered the second most expensive restaurant in the world. On any given night his elaborate kaiseki menu might include kobe-beef sashimi, Kagoshima beef shabu-shabu, toro topped with caviar, and sashimi draped over an ice sculpture served alongside an exclusively French wine list.

A fine dining restaurant from Chef Jordan Kahn that combines food and architecture. Kahn, who previously rose to fame for his cooking at the now closed Red Medicine in Beverly Hills and  also runs Destroyer, describes this culinary venture as a “gastronomical experiment seeking to disrupt the course of the modern restaurant.” Known for his avant-garde approach to presentation, he layers flavors and components in hand-thrown ceramic dishes and bowls. Dine on an 18-course tasting menu at $250 per person, served in the intimate 22-seat dining room - designed by world-renowned architect Eric Owen Moss. 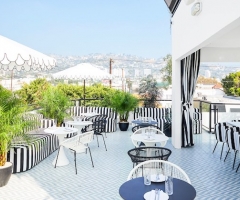 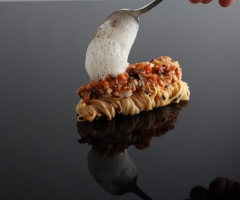 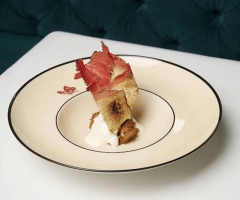 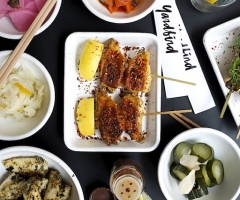