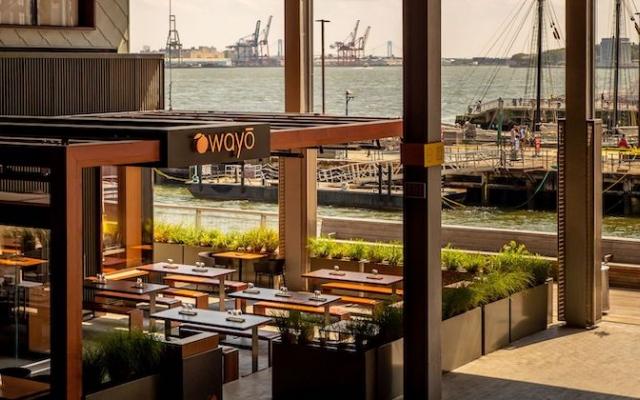 Home to the relocated Ssam Bar, which has been a landmark in Manhattan’s East Village for more than 14 years - dishing up highly original Korean-American inspired food.

After nearly 14 years in the East Village, Momofuku Ssäm Bar - one of Chang’s earliest restaurants - has reopened in the South Street Seaport space that was previously home to Wayō cocktail bar. The kitchen sees Chef Eunjo Park, previously of Momofuku Kāwi, at the helm with a New York Korean menu featuring smaller dishes like white pepper wings and sweet-and-sour ribs, as well as larger items like a soy-marinated salmon kimbap, rice cakes, and a sizzling skirt steak ssäm.

The space was designed in partnership with Design Agency (Majordōmo, Kōjin, Kāwi) and is anchored by a ​27-seat ​wraparound bar and standing counter space. On one side of the bar, a wall of windows overlooks the East River and there's also communal seating with views available on the 50-seat patio.

Waterfront dining, drinking in the views 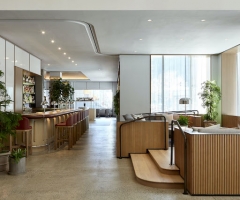 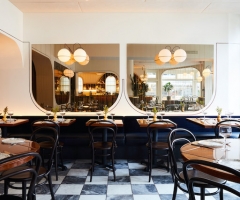 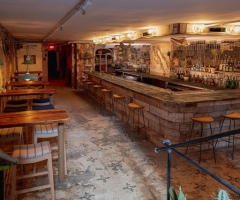 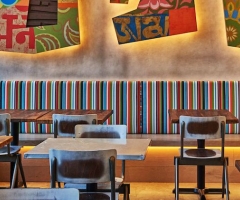