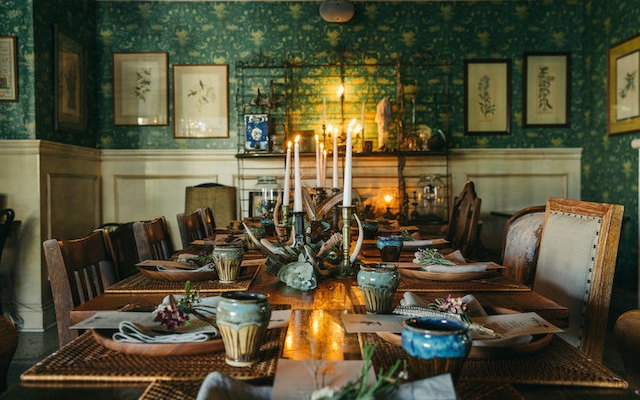 Through research for the Fuss & Feathers dinners, Chef de Cuisine Martin Draluck came across the stories of two prominent chefs, who also happened to be the enslaved property of two of the first presidents, Hercules Caesar and James Hemings.

With few lasting recorded menus or recipes from either chef, these weekly dinners are inspired by the potential works of them and countless others who worked in southern plantation kitchens alongside seasonal context and other historical documents. The 8-course dinners (taking place every Thursday, until August 29) are held in the Private Dining Room at Hatchet Hall starting at 7pm. Places are priced at $85 per person or $125 with drinks pairing.