Aspirations of Eleven Madison Park and Del Posto alums are as sky-high as the top floors of their 70 Pine Street location in lower Manhattan. Behind this ambitious venture are Chef James Kent, a veteran of Eleven Madison Park and NoMad, and restaurateur Jeff Katz of Michelin-starred Del Posto - they're also behind the critically-acclaimed Crown Shy, an elegant but casual restaurant in the Financial District.

Saga (the first initial of each of their children’s names) consists of a fine dining restaurant on the 63rd floor, private dining rooms on the 62nd and 66th floors, and the  24-seat cocktail bar dubbed Overstory on the 64th floor with 12 seperate open-air terraces. Expect menus of contemporary American cuisine and cocktails  from Crown Shy’s bar manager who formerly spent time at recently-shuttered BlackTail and the Dead Rabbit. 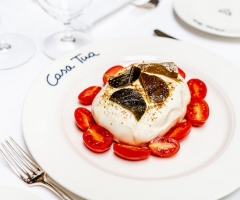 Casa Tua at The Surrey 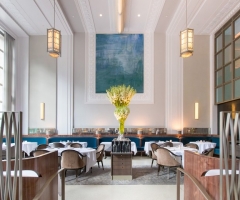 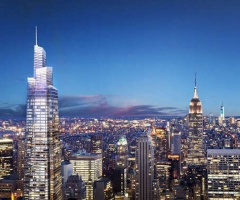 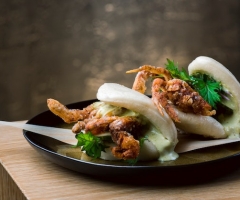