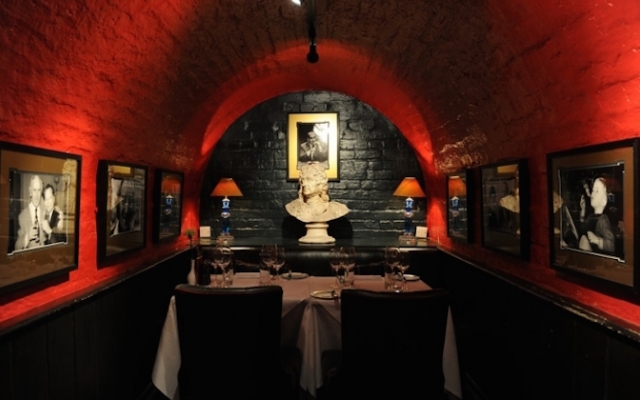 Where to Celebrate Burns Night in London 2022

On Tuesday 25th of January Park Row, the UK's first DC-inspired restaurant, will host its first ever Burns Night. Drawing on Bruce Wayne's Scottish heritage, the evening takes the form of a night at the Wayne's ancestral highland home. Join Glenfiddich in raising a dram at Park Row's Pennyworth's bar before a menu of Glenfiddich cocktails and a dinner featuring traditional dishes such as venison tartare and Haggis with neeps and tatties.  Also, expect all the traditional trappings, including the piping of the haggis, a ceilidh band, dancing and more. The Wayne Family Burns Night Supper is priced frrom £55 per person.

Set against the backdrop of Clerkenwell’s most beautiful townhouse, celebrate the life of Robert Burns with a sophisticated night of banqueting, Scotch whisky cocktails and ceilidh dancing. Don your finest tartan attire before heading into the iconic cocktail bar fo a whisky cocktail reception complete with traditional Burns Night piper. In the restaurant, be greeted by the Master of Ceremonies before being seated for a five-course supper including traditional Scottish dishes such as Cullen Skink, haggis with neeps ’n’ tatties and a deep fried Mars bar, with the option for each course to be paired with a dram or cocktail. Tickets priced from £60.

This year, for a very special one off, Chelsea’s No. Fifty Cheyne will open on a Tuesday in honour of Burns Night. To celebrate, executive chef Iain Smith (Social Eating House) has curated a 5-course tasting menu, highlighting the best of British produce to create outstanding Scottish dishes, in partnership with Albelfdy Whisky, one of Scotland’s finest distilleries. The set menu, priced at £125 per person and available only on 25th January, features traditional fare such as loin of venison carpaccio with textures of beetroot, smoked crème fraiche, celeriac remoulade with juniper oil and pear and classic Haggis with neeps and tatties, and will include a 25ml noggin of Aberfeldy 12 whisky.

Celebrate Burns Night this year at Smith & Wollensky. Start the meal the traditional way with a noggin of Macallan 12 year whisky followed by arguably the most renowned Macsween Haggis with neeps and tatties and a red wine jus. This will be followed by a 225g Scottish fillet of beef and accompanied by pan-fried mushrooms or sautéed spinach and French fries. The meal will be rounded off by the traditional Scottish dessert of Cranachan and Aberfeldy Highland Coffee. The 3-course menu is priced at £85 per person.

For homesick Scots and curious Sassenachs who can’t get north of the border for Burns Night, there’s only one place to address the haggis and that’s at Boisdale, Scotland’s unofficial embassy in London. Traditional Burns Night Dinner will be served at sevearl Boisdale sites: Belgravia (pictured) and Canary Wharf venues from January 24th onwards. Be transported deep into the Scottish Highlands with a resplendent feast, including Orkney salmon, Scot­tish pheas­ant and Aberdeen­shire dry-aged beef fil­let, and of course the star attrac­tion, Dum­friesshire Black­face haggis with bashed neeps & tatties and served with a noggin of whisky. Whiskey will flow, and there will be a piper and an address to the haggis as well. Each night will feature live music and entertainment. Tickets from £79.

Quo Vadis has announced the Quo Vadis & Friends 2022 part one line up. The series sees chef patron, Jeremy Lee, invite his friends from some of the most exciting kitchens in London and further afield, to come and cook on the second floor of the Quo Vadis club. For the first event of the 2022 series, London’s favourite flatbread fiddlers, Black Axe Mangal return to the stoves at Quo Vadis for an alternative Burns Night feast (on 25th January) with Quo Vadis’ very own Scottish bard, Jeremy. Previous years have seen foie gras ice cream doughnuts, duck eggs with whipped sea urchins and monk’s beard, mutton with ‘numbing spices’, and the very big, pink and alight ‘cock em bouche’ dessert. Expect the traditional ‘Neeps and tatties’ from QV's Jeremy Lee, bagpipes, naturally, and ‘addressing the haggis.’ Priced at £60.

Oone of London’s much loved seafood restaurants, considered to many as a British Institution, has been under the chef ownership of Irishman Richard Corrigan for over 10 years. To celebrate his celtic roots - Bentley’s is laying on a four-course feast for Burns Night. Dine a menu of pure Sottish fare, with dishes from Orkney scallops, black pudding and celeriac to roast loin of venison, clapshot, haggis and spring greens. Dessert is a classic Scottish pud of Flummery, a set jelly with a creamy texture, infused here with whiskey. The menu is priced at £105 per person.

"But we hae meat and we can eat, And sae the Lord be thankit." For homesick Scots and curious Sassenachs... 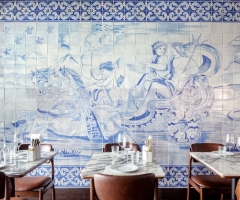 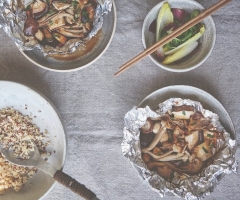 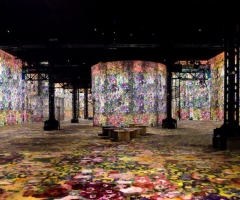 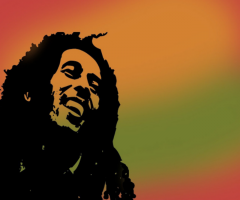 The Bob Marley One Love Experience