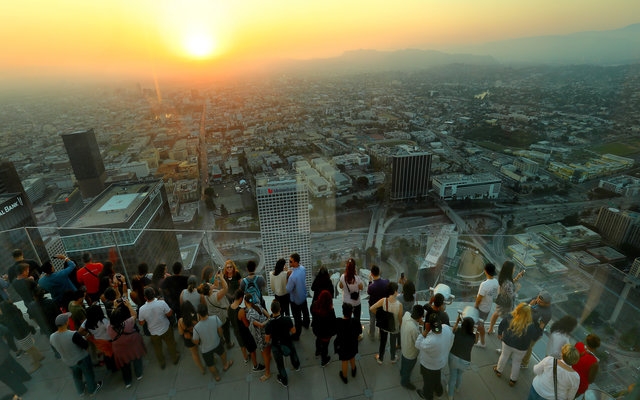 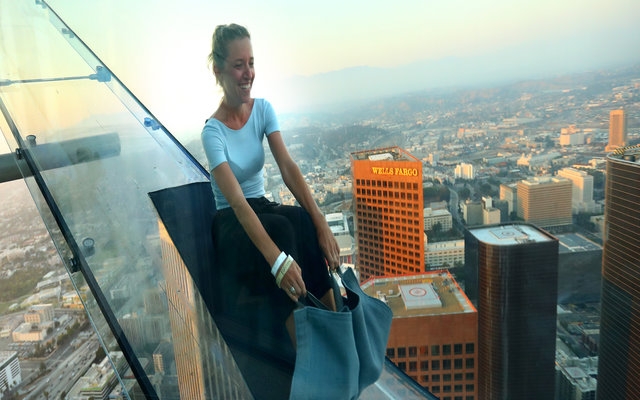 Fall in love with LA by learning more about the city’s history, pop culture, art, film and architecture. Daily tours last 35-40 minutes and depart on the hour beginning at 11 a.m. from the north-facing side of the 69th floor.

But that’s not all. From atop the iconic U.S. Bank Tower there’s also the so-called "Skyslide", which connects the 69th story of the building to the OUE Skyspace LA observation deck. The Skyslide is forty-five feet long, approximately 4 feet wide and made entirely with 1-1/4 inches thick glass.

The attraction is being offered as part of a $50 million makeover given to the building by its owners, Singapore-based OUE Ltd, who bought it in 2013.

“The Skyslide boasts a safe, thrilling experience unlike any other in the world,” said OUE’s Lucy Rumantir, President & Chief Executive Officer, The Americas.  “Guests of all ages will have the opportunity to transform their view of Los Angeles as they glide down, gazing at unparalleled views of the city.” 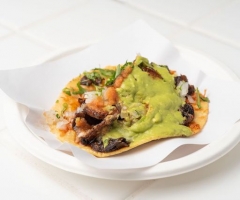