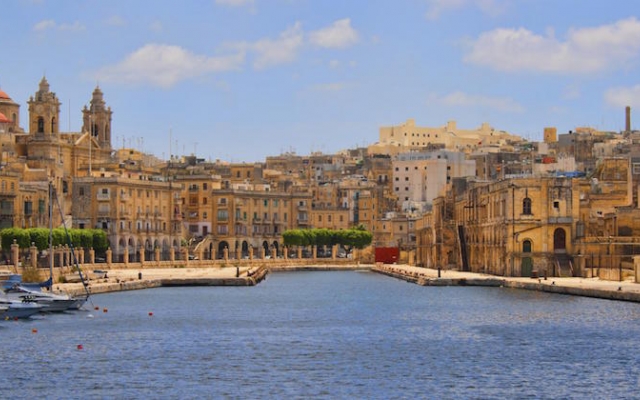 Urbanologist Tani Burns shares with U her personal recommendations of the best restaurants in Malta...

Malta, Jewel of the Mediterranean, is well-known for its history, architecture and beaches. But fine dining has not been so high on the agenda for its many discerning visitors from around the world. The siege of Malta in WW2 has much to do with this, making fresh produce scarce and tinned goods essential to everyday cooking. As a result, for the rest of the 20th Century it would be fair to say that the potential of Malta’s culinary artists has been unfairly neglected. Thankfully, times have changed. The country’s finest chefs, both established and up-and-coming, are becoming more and more innovative, and this shift in culture is evident throughout the Maltese Islands, in its restaurants, bars, hotels and luxury experiences. Urbanologist Tani Burns offers up some pointers…

In the heart of Malta’s ancient capital, the ‘Silent City’ of Mdina, The Medina Restaurant has been a ballast of Malta’s fine dining scene for decades. An original Norman residence, hidden away on a little side street of the city’s main Cathedral Square, it is full of Romanesque features – dine in tranquillity beneath the wild flowering Oleander tree in the vine-clustered courtyard in summer or stay cosy by the open log fireplace during the winter months. The menu prides itself on fresh, local produce, and offers up a small selection of traditional Maltese dishes alongside a broad spectrum of simple, but exquisite, European fare. Favourites include the in-house made ricotta gnocchi, made with butternut squash and pumpkin seed granola, the seared scallops served with a delicate balance of cauliflower, sea urchins and black pudding, and the ‘Assiette of Local Rabbit.’ If you have ever been served rabbit in one of Malta’s more casual eateries, you’d probably expect a platter piled high with dark meat, masked beneath a generic sauce with no name. Here, it is a glimpse of what it would be if St. John specialised in rabbit…. pressed belly, loin with lardo, glazed leg and fried liver, spinach, prunes and broad beans. And don’t forget the extensive wine list.

Named after the French architect who remodelled Mdina in the 18th century, Charles François de Mondion, this restaurant certainly makes the most of its unique setting, atop the city's medieval bastions. Also in Mdina, this multi-award-winning, elegantly chic restaurant sits at the top of the boutique five-star Xara Palace Hotel, so in summer book a table on the narrow terrace with panoramic views across the island and dine al fresco – you may even get a free firework display from one of the country's many village festas. The menu is exquisite, combining the finest seasonal produce with the sort of innovation and expertise you would expect from a multi-Michelin starred establishment (the Michelin guide hasn’t set foot on Malta yet, but with the quality of food now on the island it’s only a matter of time). Try the Baked Ricotta and Honey Agnolotti or the Smoked Eel Risotto to start and take it from there…with Chef de Cuisine Kevin Bonello at the helm of the kitchen it’s impossible to go wrong.

Boutique hotels are growing in popularity in an increasingly continental and high net worth Malta. The Coleridge is my favourite of those recently established, set on the historic Old Bakery Street, just a block from the Valletta's main square and the Palace of the Grand Master of the Knights of Malta. Despite its enviable location, The Coleridge is a haven of calm in an otherwise busy city. And the design…the design! The building dates back to the early 1600s, with many of its original features remaining, but – true to its namesake, the hotel also has a particularly English flavour, from its racing-green front hall to the antique furniture in each of the rooms, much of it cherry-picked in the UK by the owners themselves. Each suite is completely different, and people are bound to have their favourites. Mine has to be the lavish Christabel, with its renovated beams, traditional Maltese tiles and luxurious upholstery. Or you could splosh out on the penthouse suite, Fayette, where the real highlight is the massive outdoor space – with tall glass doors that open onto a large private roof terrace and top-terrace from which to enjoy the beautiful Valletta skyline.

Sky Beach at the Intercontinental

Infinity pool – check. Spectacular views – check. Cocktails – check. On paper this has the potential of an all-inclusive over 60s resort. Think again. Access to Sky Beach is exclusive to guests booked into the luxurious Highline Suites on the top floors of the hotel, as well as exclusive Sky Beach members. There is also a Turkish hammam on site, as well as exclusive access to the Intercontinental’s private Beach Club down at St. George’s beach. An ideal place to make yourself at home.

For an island bang slap in the middle of the Mediterranean, late night fine dining can be hard to come by, even in its capital, Valletta. Legligin (just a short walk from The Coleridge) is open until 1am. But that’s not the only way in which it comes up trumps. At times when you’d rather cosy up than eat al fresco, this little restaurant / wine bar in the cellar of an historic Valletta house is the perfect remedy. ‘Legligin’ itself is a Maltese onomatopoeic word for glugging down a drink. Here, the poison of choice is wine…delicious wines set and kept at optimum temperature in holes in the walls of the dining room itself. Order a bottle and the owner will pluck it out and serve it straight to your glass. Aside from the impressive wines, Legligin offers small traditional dishes such as stewed octopus, aljoli dip, local sheep’s cheese, ravioli and the most moreish meatballs. But don’t get too attached to any one dish as the menu changes daily.

About Tani: Born and bred Londoner Tani Burns runs her cultural PR business from Spitalfields but works around the world, combining her profession with her lifetime loves: food, art and travel. When not in London or taking refuge on the Dorset coast, Malta is HQ 2 – she has been heavily involved with the curation of art biennales and festivals on the island, as well as curating a strand of the Valletta Film Festival through ARTNAKED, the curatorial and events group she cofounded in 2013.