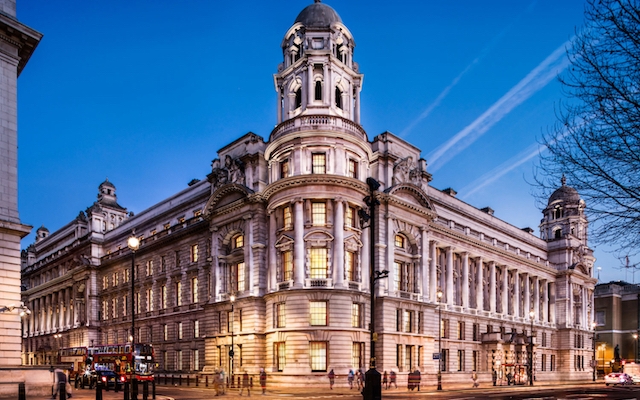 The spate of trendy new hotel openings this year is set to continue with the announcement of several exciting new upcoming additions and launches.

Raffles London at The OWO

Raffles London at The OWO is a grand new hotel in the landmark Grade II listed former Old War Office on Whitehall. The building will open to the public for the first time, having undergone a monumental transformation to create 120 rooms and suites, 85 unique branded residences and 11 destination restaurants and bars. Grand in both size and stature, the interior proportions reflect classic Edwardian architecture. During the careful and sensitive ongoing five-year renovation, the building’s key features have been completely restored whilst respecting its legacy. Located at one of London’s most historically significant addresses, the UK’s first Raffles hotel will also have an extensive wellness space and home to a rooftop restaurant and bar with panoramic views across Whitehall, The Mall and on to Buckingham Palace.

The nature-inspired urban retreat brand, with its eco-friendly ethos, are opening an outpost in Mayfair. One of the industry’s pioneers of sustainable hospitality, with a range of green innovations across its properties and designed with sustainability – and luxury - in mind. Currently these eco-friendly, lifestyle hotels are found in New York, Miami and Los Angeles, with new hotels slated to open in California, Mexico and China. Expect the design and aesthetic of the London hotel (as with their other outposts) to draw inspiration from contemporary local design culture - using regional and reclaimed materials, considered sustainable details blended with natural design elements including uplifting greenery alongside upcycled furnishings.

A hotel and private members' club within a Grade II-listed Edwardian manor o historic Grosvenor Square in Mayfair. The property will house 31 guestrooms and suites, including a Mews house as well as an all-day restaurant and private members’ club. Luxury designer Natalia Miyar leads the interiors, complimenting work by French interior designer Bambi Sloan - expect a modern interpretation of classic maximalism paying homage to the grandeur and legacy of the building. The all-day public restaurant will serve modern British menus with influence from southern Europe.

Hôtel Costes, one of the hippest and super-chic hotels in Paris is coming to London. The elegant (and infamous) hotel in Paris' 1st arrondissement, by visionary designer Jacques Garciais and owner Jean-Louis Costes; is set to open a new outpost in Chelsea; taking over (and revamping) a Victorian apartment building (at One Sloane Gardens) on the corner of Sloane Square. The (sure to be decidedly opulent) 40-room boutique hotel is in conjunction with Cadogan Estates and is slated to house a roof top bar and restaurant. The property (Jean-Louis Costes first project outside Paris) is to reflect “the enduring principles of elegance and individual spirit - capturing the best of the cultural and social milieu of the property’s location and moment in time”.

This independent luxury hotel is the first London hotel designed by leading architect and designer Martin Brudnizki, whose previous projects include private members’ club Annabel’s, Sexy Fish and The Ivy. Expected to open in September 2021, this hotel described by Brudnizki as ‘your eccentric godmother’s Soho townhouse’ promises to draw on the creative identity of this London neighborhood. Altogether, the hotel will comprise 57 residential-feel rooms, including nine suites and a luxurious penthouse, of which many have private balconies. The dining concept, which includes a street-level Italian restaurant with terrace and terraced rooftop cocktail bar, will be operated in partnership with the owners of Randall & Aubin.

A 'RocknRolla' hotel opening on London’s famous Denmark Street, inspired by the birthplace of the British music scene. The street, well documented in history, is where The Rolling Stones recorded their first album, Jimi Hendrix often frequented, the Sex Pistols once lived, Chrissie Hynde spent time and where many believe, Ziggy Stardust was born. Nicknamed ‘Session rooms’, many of the 55 rooms - set across 16 characterful buildings in and around Denmark Street - have their own individual stories referencing musical history that once took place on the street. Designed by renowned interiors team Taylor Howes, the overall design narrative invokes a time where punk, rock and gothic meets grandeur and psychedelia. 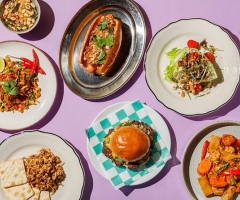 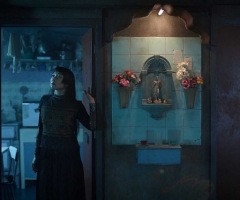 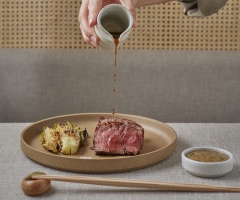 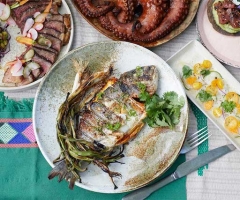