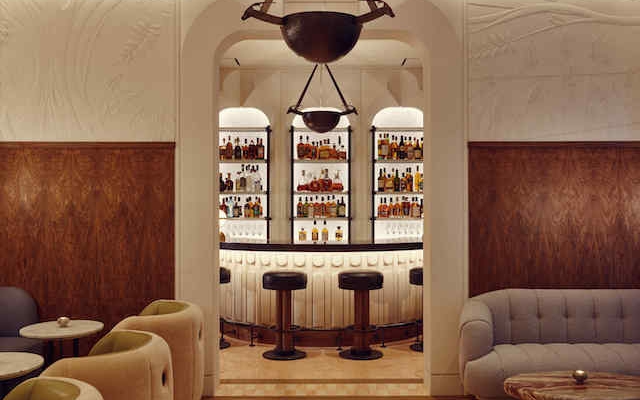 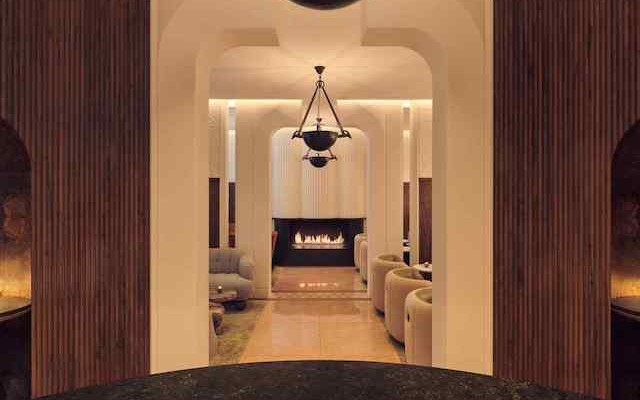 An intimate cocktail bar and terrace at The Berkeley Hotel.

The elegant interiors are by Irish designer Bryan O’Sullivan, and features panelling from a 300-year-old walnut tree, enhanced with carved plasterwork and a colour palette of soft corals, creams and pinks. Repeat Brutalist-inspired arch forms that run through the space referencing the home of the Grenadiers, an infantry regiment of the British Army whose stables were originally located on the Wilton Place grounds where the hotel was built. Glass doors lead out onto an intimate terrace with tables that overlook the neighbouring St Paul’s church.

The cocktail list features classic and modern drinks (such as the Sazerac and the Corpse Reviver) alongside a small menu - think Cornish crab and lobster beignets and camembert chicken tulips. Open Monday to Saturday, 4pm - 1am.

Check out the snug, designed for parties, which features a mural painted by the artist TM Davy, its own sound system, call-for-service button and your own bespoke bar.

The menu highlights exclusive champagne, whisky, cognac, rums from both under the radar producers such as Japanese whisky maker Ichiro, tequila producer Fortaleza, rum maker Trois Rivières and notable names such as Sassicaia and Macallan. 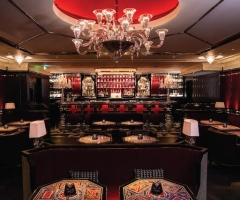 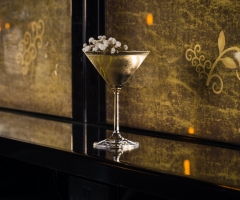 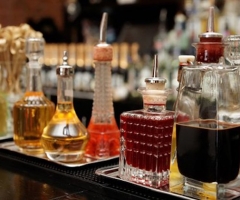 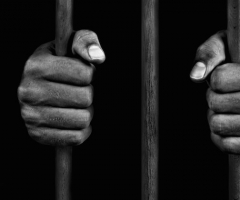