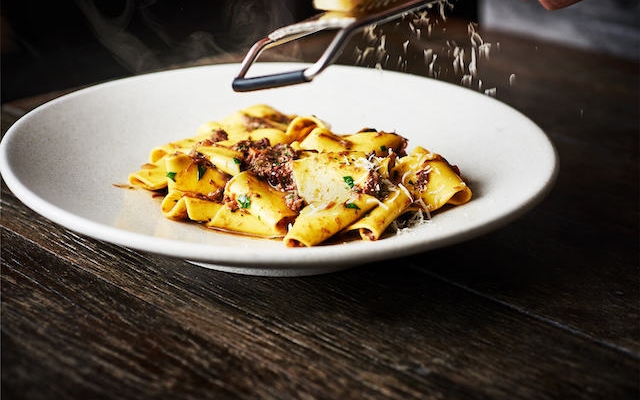 An Italian-inspired restaurant with a British accent focusing on hand-made pastas and in-house butchery and charcuterie.

David Carter, chef and founder of Smokestak, and Chris Leach, who has worked as a chef at Petersham Nurseries and Kitty Fisher’s, are behind this restaurant in Shoreditch - following a series of residencies and successful pop-ups. The dining room is surrounded by floor-to-ceiling windows with an open central kitchen and wood fired oven. Opt for one of the banquettes or simply perch on one of the bar stools lining the meat-slicing counter to watch the action. There's also a small covered terrace and subterranean hanging room displaying the salumi - made in house.

The concept takes inspiration from the “regional cooking Leach encountered on his travels through Rome, Bologna and Napoli” with cues from the "up-tempo" food scene in Los Angeles and New York. Expect nose-to-tail inspired dishes such as Tonnarelli, brown crab cacio e pepe and Garganelli with spicy pig tail ragu - all served up in a laid back setting - along with an eclectic playist and progressive wine list and concise selection of aperitivi and amaro cocktails, with a house amaro made using artichoke leaves and chamomile. 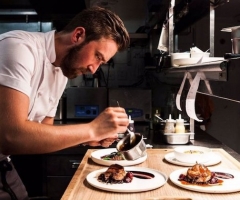 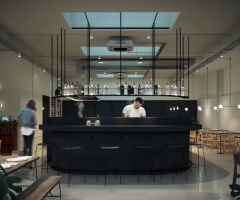 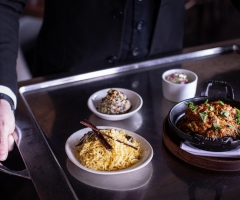