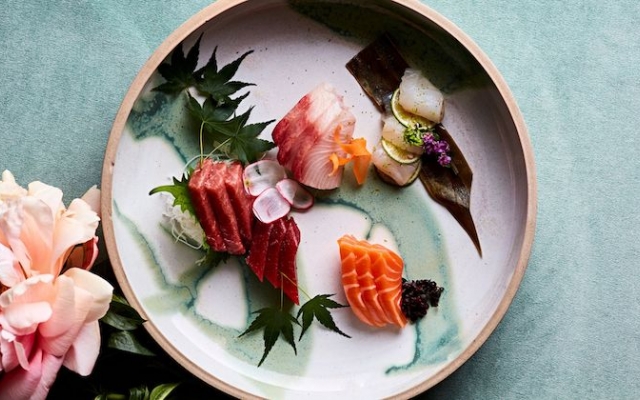 A modern Japanese restaurant from the founder of Michelin-starred Jamavar, and MiMi Mei Fair.

Situated off Mayfair’s Grosvenor Square, Koyn is housed in what was formerly the US embassy. Fabled Studio have designed the two-storey space with two distinct spaces - inspired by the duality of Mount Fuji. First, “Midori”, the green room, “inspired by the landscape of Japanese zen gardens and the striking pink moss growing on the fertile volcanic soil of Mount Fuji” and “representative of vegetative life on the snowcapped peaks”. This sits above Magma - or “the charred room, representing an active, bubbling volcano.”

The kitchen is led by Executive Chef Rhys Cattermoul (The Greenhouse, Nobu London) with a menu showcasing the broad spectrum of Japanese cuisine. Expect specialist dishes from sushi bar and robata grill alongside dishes such as steamed clams ‘nabe’ with cordycep mushroom, yuzu sake soy, as well as red mullet tempura with yuzu kosho tosazu and homemade kombu salt. 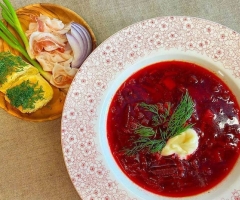 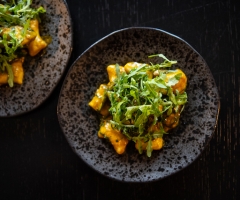 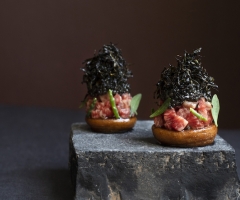