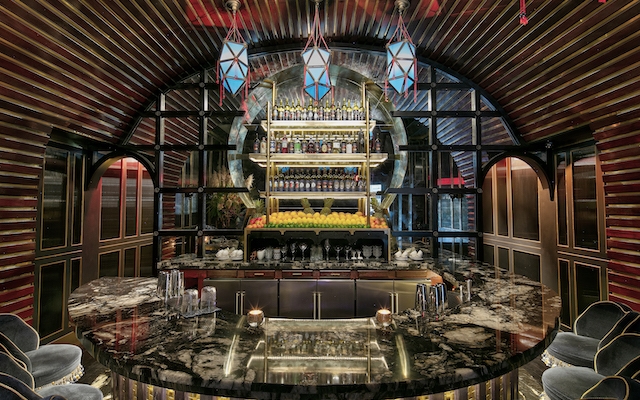 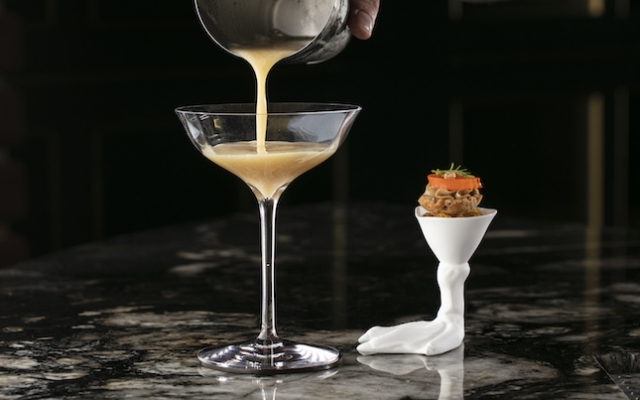 An 'imaginative' cocktail bar from the team behind Michelin-starred omakase restaurant Noda - serving up inventive yet nostalgic cocktails.

Shinji’s, which has only 18 seats, is serving up a menu of nostalgic and highly technical cocktails with playful twists served at the bar and on tableside carts, alongside small bites (think a selection of seasonal Japanese crudo, hand rolls and a Wagyu sando) that pair beautifully with the impressive drinks.
Named after Shinji Nohara, or the “Tokyo Fixer,” who was well known for his knowledge on, and relationships within the food and restaurant scene in Japan. The moody and striking space - as designed by Ken Folk - features a horseshoe-shaped bar topped in titanium gold granite, and is decorated with blue velvet drapes and smoked black glass, and luxurious banquettes inspired by the ocean.
Open Tuesday to Saturay, from 5pm.

Tropicana, a play off the classic screwdriver cocktail with vodka and house made orange liqueur - served inside of a frozen orange; Hot Cold Toddy, a cocktail presented at two drastically different temperatures simultaneously, giving guests a surprising sensation and the Dirtiest Martini, an extra-dirty martini served alongside a mixture of a proprietary spiced powder, allowing you to make the martini as dirty as you’d like. 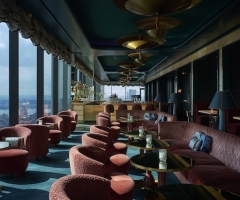 Nubeluz at the Ritz-Carlton New York 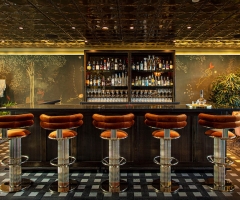 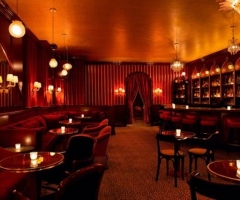 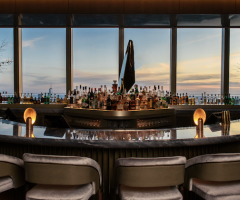